Why timeshare reselling does not work, but cancellation does - Easytr

Why timeshare reselling does not work, but cancellation does

Timeshares started off as a potentially great concept but it wasn’t soon until entrepreneurs realized the tremendous profits involved and grew them into the behemoth companies we know of today. They offered the ability to rent vacation homes but more often than not it simply benefited the timeshare companies infinitely more than the “owners”.

Their offerings can often result in difficulty booking, additional expenses & fees (annually into the thousands of dollars) and potentially locked in perpetual contracts for life. Educating yourself and truly understanding the timeshare contract and timeshare offering is essential before moving forward.

What is a timeshare?

“A timeshare (sometimes called vacation ownership) is a property with a divided form of ownership or use rights.” (Source: https://en.wikipedia.org/wiki/Timeshare)

The idea of a timeshare started in Europe and allowed for vacationers to basically home share. All parties enjoyed the vacation property at a designated time and shared the expenses. This concept morphed, grew and spread into the United States, becoming an extremely lucrative business. It allowed for developers to capitalize like they never have before.

Instead of selling a condo to a vacationer, the timeshare companies could now sell the same condo / room 50 times to 50 different owners. To make this more of a fair offering Real-estate bodies such as the Florida Real-estate Commission enacted legislation that the timeshare company had to make the vacationers fee simple owners of said condo/ room.

This sounds like a fair offering and perhaps would even stabilize the timeshare companies but all this did was provide them with another revenue stream. As a fee simple owner you were now responsible for the property and the maintenance, which translates into additional fees to the timeshare owner that grow annually.

The timeshare companies have now been reborn on several occasions and offer not only fee simple interval ownership and fractional ownership but also in the US and Canada they are deeded vacation points that have no expiration. Also the fee simple ownership created timeshare location exchange companies. These companies allowed for owners to trade or exchange their weeks with other owners.

Read Our Article: “What is a Timeshare – Should I Cancel Mine” Here. 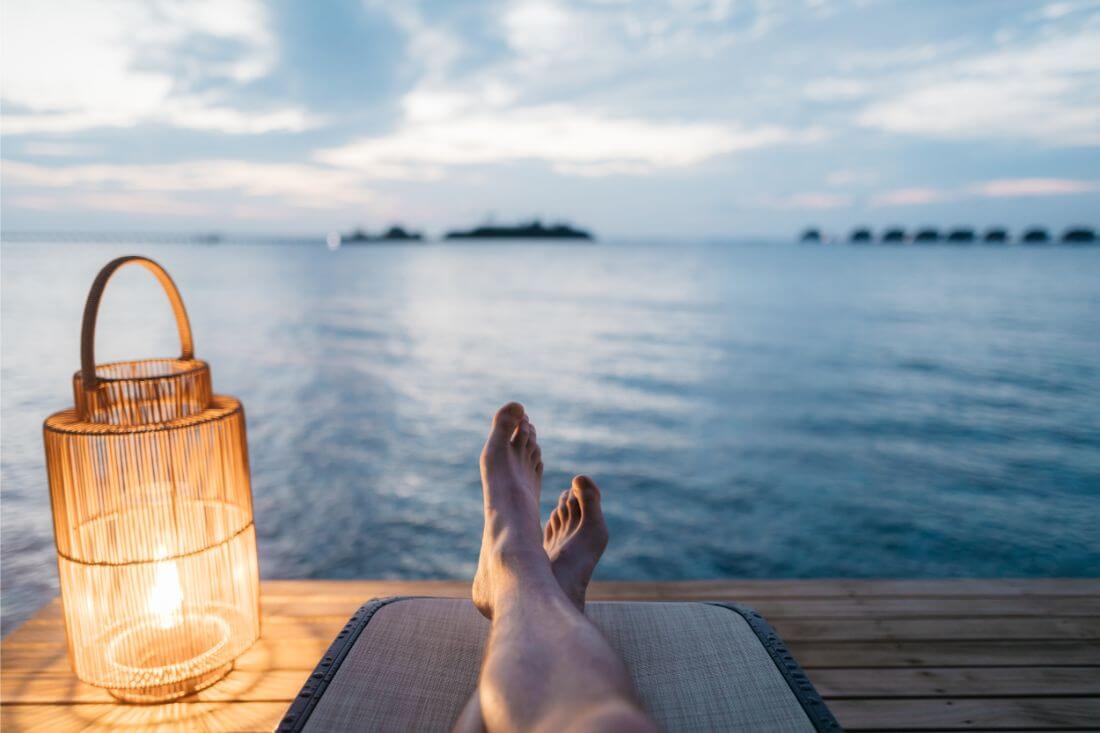 All this was a formula for making copious amounts of money with maximized profit margins and developers were going to capitalize like they never have before.

These timeshare companies have now grown to a $9.6 Billion dollar industry as of 2018 according to the ARDA International Foundation (AIF). Hotel chains had quickly jumped on board this growing industry as it was a means for a massive revenue streams.

Some of the biggest hotel chains in the world such as Marriott Vacation Club, Hyatt, Hilton Grand Vacation and Westin, are now a part of the growing timeshare industry. The largest exchange companies in the world are Interval International and RCI (Resort Condominiums International)

As cited in Hotel Management.net:

“Marriott Vacations Worldwide is buying timeshare company ILG in a cash-and-stock acquisition worth $4.7 billion. The purchase is expected to result in $75 million in annual savings within two years, and will allow Marriott Vacations to expand in Mexico and other leisure destinations.”

This statement “high –margin Revenue streams” is enough to define what their main objective is.

Why the bad reputation?

This formula for making money sometimes skewed the offering by these timeshare companies and for some very quickly grew a bad reputation by selling apparent “bad timeshares”.

For example, these timeshare companies sold their offering as if it was a great investment when in reality everything points in the other direction. This was not a monetary investment but rather a pre-paid vacation.

As Written by Bryce Sanders on accountingweb.com “They Still aren’t investments.”

Not an investment:
Timeshares depreciate in value immediately after purchase as it was over inflated to begin with. They will continue to depreciate, as there is a huge timeshare resale market which makes it very difficult to sell your timeshare. You can often buy a timeshare on timeshare resales sites for 1 dollar, as the owner just wants out of their contract.

Banks will refuse to offer a mortgage for a timeshare, which is telling enough as to why this is not an investment. Banks will not support the risk and devaluation of a timeshare so you will always have a third party financier at high interest rates further impacting your personal finances.

In addition, despite what you may have heard, timeshares do not generate income. You simply have partial ownership in a single property but it is shared amongst many other owners and does not grant the right to rent out for income.

“If you are spending money for the future, it should be considered an investment. If it’s not generating income, it’s an expense — plain and simple. You may get enjoyment out of it, but it’s still not an investment.” (Source: https://investorjunkie.com/91/why-buying-a-timeshare-is-a-bad-idea/)

The timeshare contract locks the owner into several ongoing fees such as annual maintenance fees that will often continue to increase. There is also the option for special assessment fees that can result in debilitating amounts in upgrades to the property etc.

Some of their sales tactics are aggressive and obnoxious and the only thing that matters is that final sale. They were misleading but convincing. The tactics often include gifts, free vacations, prizes but all of them come with a cost of spending so much of your time in a multi tiered sales presentation.

This sale often locks you into a contract that’s ongoing and can be passed down to further generations. As seen above timeshare resales are at an all time low, therefore that is not a good option to get out of your timeshare.

The typical frustration for most of these timeshares is the inability to book them. There are limitations to when, how long and if you can use them. For example, with a floating timeshare you have to compete with all the other owners for that same time slot.

If you own your Timeshare outright, some dissatisfied owners have received calls from timeshare resales companies saying they have a “buyer” for your timeshare. They will typically inflate the price to make the offer to good to be true. They will request an upfront fee and upon deposit, will disappear.

“If someone calls you up to buy something from you that you haven’t advertised, you should hang up,” says Gary Prado of RedWeek.com In fact the FTC along with some of the states like Florida have been cracking down on timeshare resales scams.

As cited from Market Watch Cited on 10/31/2016 “Beware of Timeshare Re-Sale Companies”:

Despite all this the timeshare industry continues to grow. According to ARDA International Foundation (AIF) 41% of timeshare sales are from New Owners.

There are some factors that result in this ongoing growth. Some of timeshare companies target the financially inexperienced and this will affect the constant increase in sales but there is also the fact that credible companies are joining the ever-present lucrative industry and this will make the prepaid vacations a more attractive offering despite that they are not wise monetary investments.

If your lifestyle choice leads you to wanting a timeshare and you are aware of the fact that it is not a financial investment then educating yourself on the more popular timeshares is highly recommended.

Disney Vacation Club seems to be one of the most enjoyed timeshare experiences based on our experience and general ownership feedback.

Some of the most popular Timeshare Destinations are:

Again the most important fact to note is stated by Bryce Sanders on accountingweb.com “They still aren’t investments.” They are Formulas for Making Money to the Resorts / Developers but the complete opposite for the individual timeshare owners.

A timeshare is a lifestyle choice and should be addressed as such. Do not be affected by the manipulative sales tactics and make sure you understand exactly what it is you are purchasing.

Research into the timeshare companies and contracts are a must and companies like Timeshare User Groups such as “TUG” offer an unbiased source of advice for timeshares. Note that timeshare companies are a enormous cooperation’s and their “high –margin Revenue streams” are their primary focus and the offering is secondary.

We understand that Vacationing is your primary focus and know that there are options besides being lock into a timeshare that you are unhappy with.

Know that if that is the case for whatever reason, you can get out of your timeshare legally for a fraction of the cost of keeping it or trying to sell it as a highly depreciated asset.

There is a commonality that all timeshare companies have and that is they will not elude you to the fact that you can get out of their contract. Some will also artificially inflate the so-called asset to make you think that you could always sell it at a later date. Timeshare Resales are in fact increasingly more difficult to do especially when there is so much inventory on the market.

Thus, Easy Timeshare Relief sole purpose is to put your best interest on the forefront and legally get you out of a contract you no longer want or can afford. We achieve that with our safe, legal and efficient processes which ultimately cancel your timeshare.